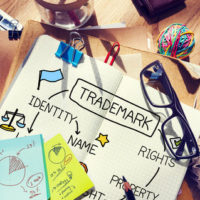 The Republican National Committee (RNC) alleges that Spotsylvania County Supervisor Greg Cebula committed trademark infringement, according to an article by the Richmond Times-Dispatch.

The Republican Party is commonly referred to as the “GOP,” which is short for “Grand Old Party.” The GOP logo generally features red, white and blue colors on an elephant and three stars. In use since 1969, the GOP maintains Federal Trademark Registration 1908397 for their logo.

Cebula was formerly a member of the Republican National Committee in Virginia, winning a post in the Berkeley District on the GOP ticket. But he recently lost the GOP nomination in May. Unsatisfied with that result, Cebula proclaimed himself an “independent conservative” and decided to run for reelection anyway.

The GOP alleges that a “confusingly similar” logo to their trademarked elephant appears on Cebula’s recent campaign posters. Moreover, given Cebula’s exit from the GOP, this constitutes an unauthorized use of protected intellectual property.

In a cease-and-desist letter to Cebula, the GOP labeled Cebula’s actions as “deceptive and unauthorized.” The GOP elaborated that unauthorized use of the GOP logo “is likely to lead individuals to believe that the RNC has authorized, sponsored, approved, endorsed, or provided financial support to your committee, which it has not.”

Additionally, the GOP demanded that Cebula sign an agreement and promise to stop using the GOP logo in any way. If Cebula does not conform to these demands, the GOP “will be forced to take such action as it deems necessary to protect its proprietary rights.” If Cebula ignores the demand letter, the GOP would likely seek an injunction from the courts.

After reviewing the situation, a law professor from the University of Richmond believes that the GOP has a strong case. A specialist in trademark infringement, professor Jim Gibson stated that the “whole point of having a trademark that’s just an image is you can convey the notion of Republican without actually using the word Republican.” Gibson feels that Cebula’s use of the GOP logo is deceptive and suggests “a connection that isn’t there.”

Overall, it seems the GOP is willing to resolve this dispute without resorting to the courts. So long as Cebula conforms to the demands in the cease-and-desist letter, both sides can move on. But if Cebula resists, the GOP will likely seek a final determination from the courts.

The law concerning intellectual property – from patents to copyrights, trade dress, trade secrets and trademarks – can be intimidating. With a complex system of rules and regulations, it can be hard to figure out the proper course of action. Luckily an experienced intellectual property attorney can serve as your guide, making sure that you comprehend all of your rights and duties under the law.