Will Your Nonprofit or Church Survive Inside the Trump Tax Cuts?

By Kyle D. Winey, Esq., Justin R. Coleman, Esq., and Robert Showers, Esq. (SS Quarterly 2018 2nd Quarter)   The Tax Cuts and Jobs Act (the “Act”) was signed into law by President Trump on December 22, 2017, in what the New York Times called “the most sweeping rewrite of the tax code in… Read More » 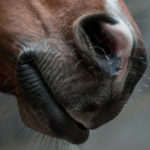 “Always Look a Gift Horse in the Mouth”: How to Avoid an Excess Benefit Transaction

By Justin R. Coleman, Esq. and Robert Showers, Esq. (SS Quarterly 2017 – 3rd Quarter) Due to its charitable nature, churches and nonprofits often receive offers for goods and services from its members and donors. More often than not, these goods and services are offered for free because that member/donor wants to “bless” the… Read More »

It’s A Wonderful Life and The Value of A Church

It is Christmas season, and many of us will follow the old ritual of watching It’s a Wonderful Life. There George Bailey, after pouring himself out for his community in the grips of the Depression, thinks he has made no difference and despairs of life. That is, until Clarence the angel sets him straight… Read More »

How Does the Patient Protection and Affordable Care Act Affect Your Tax-Exempt Organization?

When the Affordable Care Act (ACA) was enacted in 2010, it fundamentally altered the health insurance landscape in the U.S.  Although the ACA become law five years ago, it still has not been fully implemented. Instead, the federal agencies tasked with implementing the law, namely, the Department of Health and Human Services, the Internal… Read More »

Increasingly, it has become common practice for churches and non-profits to combine their ministry with a related for-profit endeavor.  Whether it’s a coffee shop or a manufacturing enterprise, non-profits can often be seen involving themselves in successful and profitable businesses.  Because of the significant differences between for-profit and non-profit activities and structures, an unwary… Read More »

Am I Giving Away the Church This Christmas?

Historically, churches have been a source of relief for the needy in their congregation and their community at large.  Any movie set in Medieval Europe will almost certainly contain a church scene with a friar or monk seeking “Alms for the poor!”  One of the primary missions of the early church was to help… Read More »

This time last year, a federal judge in Wisconsin ruled that the ministerial housing allowance, which gives ministers a tax break on funds they receive from their congregation for use on housing, was unconstitutional. Co-presidents of the atheist organization Freedom from Religion Foundation (FFRF) brought the lawsuit, claiming that the law is discriminatory and… Read More »

Does your organization have ordained ministers?  Do you give them a tax-free payment yearly to help with their housing?  If so, read more about the upcoming hearing that challenges the constitutionality of this practice, as well as what it means and does not mean for your organization.    Later this year, in the case… Read More »

Church, Nonprofit and Small Business Health Care Tax Credit: What It Is and How to Claim It