SHARE RIDE LIABILITY-Help! I Crashed My RENTAL Car- Now What?

By J. Caleb Jones, Esq. and Robert Showers, Esq. Car-Share services allow users to take advantage of vehicles on a short-term rental basis. Companies like Zipcar, Car2Go, Hertz on Demand, uHaul, and Enterprise CarShare allow users to rent vehicles on per-hour and even per-mile basis. This can be extremely convenient. For example, Zipcar advertises… Read More » 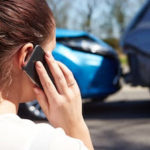 Reporting Requirements for an Auto Accident in Virginia

From small fender benders to major car crashes, Virginia sees its fair share of automotive accidents. Whenever such an accident involves harm or damage, any drivers involved have certain reporting requirements under Virginia law. Drivers must adhere strictly to these requirements. Otherwise, they could face criminal fines and even time behind bars. What are… Read More » 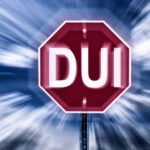 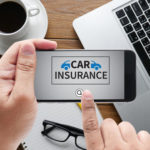 The Importance of Taking Pictures Following a Motor Vehicle Accident

The damage caused by a motor vehicle accident is not limited solely to costly vehicle repairs. Serious injuries and the ensuing legal fees can complicate an already inconvenient situation. Taking photos immediately after an accident can potentially save you from further problems. The old saying goes “a picture is worth a thousand words,” but… Read More »

Nationwide, we continue to hear stories about assaults, rapes, and even homicides being committed by rideshare drivers. However, we are also beginning to hear about drivers being assaulted and murdered as well. In Virginia, several key stories have highlighted the problem recently. Recent Virginia Cases On March 19, 2016, a Vienna, Virginia man stole… Read More »

Leesburg’s Most Dangerous Intersections from 2004 to 2014