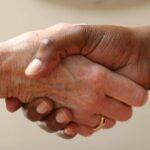 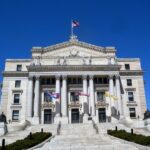 By William R. Thetford Jr. Esq. and H. Robert Showers, Esq. At Simms Showers, LLP, a law firm with decades of collective experience in employment law, we speak to potential clients every day who have signed unfair employment contracts, unknowingly violated the law and/or their contracts, or simply find themselves unprepared to litigate a… Read More »

By Kyle D. Winey, Esq. and Robert Showers, Esq. (SS Quarterly 2017—3rd Quarter)   Whether beginning a new business venture, trying to protect your existing business as an employer or simply changing jobs or careers, a lawsuit is the last thing an employee or employer needs on their plate. Unfortunately, small business owners and… Read More »

Last year, we informed our readers and clients that small employers and churches that engaged in the popular practice of offering reimbursements for healthcare costs would face a steep penalty for doing so.  These are employers that fall below the large employer threshold of 50 employees and therefore are not required to offer health… Read More »

Immigration Changes for Nonprofits and Churches

1. Form I-9 Changes in January 2017 Recently the U.S. Citizenship and Immigration Services (USCIS) released a new version of its Form I-9, the Employment Eligibility Verification form and required U.S. employers to begin using the new Form I-9 by January 22, 2017.  Currently, U.S. Immigration and Customs Enforcement conduct thousands of I-9… Read More »

On November 22, 2016, a federal court enjoined the new FLSA salary rule that was scheduled to take effect December 1, 2016. That start date is postponed indefinitely pending further action of the Courts, Executive branch or Congress or all three. Judge Mazzant of the Eastern District of Texas granted an Emergency Motion for… Read More »

The Department of Labor recently issued significant and sweeping salary threshold changes to the Fair Labor Standards Act (FLSA) through its Final Rule, published on May 18, 2016.  The Rule is set to go into effect on December 1, 2016.  These changes are the result of a Presidential Memorandum issued by President Obama in… Read More »

Going Deeper: Does FLSA Apply to My Church or Nonprofit?

Generally, all employers are subject to the minimum wage requirements and overtime pay requirements of the Fair Labor Standards Act (FLSA) if they meet interstate commerce requirements either corporately or individually.  Thankfully, non-profits and churches enjoy some special exemptions under FLSA, some of which may help exempt many churches and religious nonprofits. There is… Read More »

By July 2016, the Department of Labor is slated to release new regulations that will raise the minimum salary requirement for exempt employees.  Currently, in order to be exempt from the overtime requirements of the FLSA, an employee must earn a minimum salary of $23,660 and have specific job responsibilities.  Under the proposed rules,… Read More »