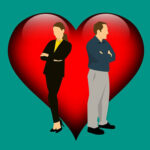 SEPARATION AND DIVORCE-WHEN IT HAPPENS ANYWAY: How Pastors can best respond to marital crisis in their congregation

By Dominique Callins, Esq. Divorce. A word hardly uttered in holy gathering, except in swift and definite condemnation- or at least strong disapproval. It is the occurrence dreaded, the status shamed, the event experienced by those lost, unrepentant souls. And yet it is a statistic certainty that at least 40% of the married American… Read More » 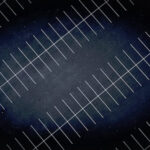 By H. Robert Showers, Esq. A very controversial provision called the “Parking Lot Tax” which was included with the Tax Cuts and Jobs Act of 2017 (TCJA) was officially repealed December 20, 2019, after President Trump signed into law two spending packages—worth a combined $1.4 trillion—that Congress adopted earlier. The original provision was an… Read More » 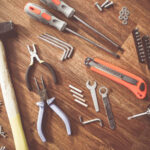 Tips for your Organization’s Next Construction Project

By J. Caleb Jones, Esq. and Robert Showers, Esq.   The building your church or non-profit organization occupies is essential for your organization to fulfill its purpose. In any thriving organization, the construction, renovation, or repair of your facility should be expected. Unfortunately, even when thriving organizations adequately plan to meet their ministry’s facility… Read More » 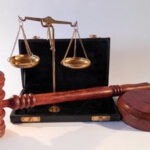 Resolving Conflicts Before They Start: Court Enforcement of Church Bylaws

By William R. Thetford, Esq. and H. Robert Showers, Esq.   In some ways, a successful business, nonprofit, or church share many similarities. All involve governing structures outlining the chain of command and governing documents outlining the specifics as to how the business/church/nonprofit will be operated, etc. In other ways, they are far different,… Read More »

By H. Robert Showers, Esq. Small Groups are really important in today’s churches for many theological, practical, and marketing reasons. These programs are promoted as a great way to get connected with others in the church on a more personal level. Getting to know fellow church members can pose a challenge if one attends… Read More »

Can the IRS Tax Your Organization’s Parking Lot?

By William R. Thetford, Esq. and H. Robert Showers, Esq.   Unfortunately, for now, the answer is yes! The new year is a time that many organizations begin to prepare their taxes. The IRS just released guidance on a recent controversial tax change that could significantly impact churches and nonprofit organizations as well as… Read More »

By William R. Thetford Jr., Esq. and H. Robert Showers, Esq. The #MeToo generation has captured headlines and national attention in recent months, placing a renewed emphasis on understanding, exposing, and preventing sexual misconduct. This topic impacts culture broadly, and churches and nonprofit organizations are not exempt from the danger. This renewed wave of… Read More »

After many months of deliberation, the Supreme Court of the United States (“SCOTUS” or “the Court”) found in favor of Jack Phillips, the Masterpiece Cake shop owner, in a 7-2 holding (i.e. seven Justices found in his favor, and two dissented).  In short, Masterpiece Cakeshop is a custom bakery owned and operated out of… Read More »

NOT EVERYTHING IS A POLITICAL ISSUE: A REFRESHER FOR CHURCHES AND NONPROFITS ON LOBBYING AND POLITICAL CAMPAIGNING

By: Justin R. Coleman, Esq. and Robert Showers, Esq.   For the last few years, it seems that every topic or issue has devolved into a political debate. Even those matters that were once thought collectively agreed-upon have resulted in shouting matches, even between Christians and other people of faith. With the 2018 mid-term… Read More »