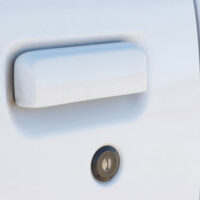 Virginia law enforcement officers arrested an eighteen-year-old woman on charges of carjacking and several other criminal offenses, according to an article by WAVY.

According to official statements, this incident occurred on March 4 at approximately noon in Hampton. That is when Public Safety Communications received a call concerning an alleged carjacking near the 100 block of Spanish Trail.

Allegedly, the female suspect approached a sixty-six-year-old victim exiting their passenger vehicle. After brandishing a firearm, the suspect took possession of the victim’s vehicle and fled the scene.

Police officers responding to the carjacking reports were able to locate the victim’s vehicle. When they attempted to execute a traffic stop, though, the suspect in question tried to evade law enforcement. The officers were able to maintain pursuit, stop the vehicle, and apprehend the suspect near West Gilbert Street and Roane Drive in Hampton.

Among the litany of charges above, carjacking is likely the most serious. Reviewing several Virginia statutes, including the state definition of and punishment for robbery, will be helpful for understanding why carjacking is so serious.

Code of Virginia Section 18.2-58, the overarching statute for carjacking, clarifies the laws and penalties against robbery. Under this section, a person commits robbery if they commit a theft crime by:

Any person who commits robbery in Virginia is guilty of a felony crime. Upon conviction, the punishment can include five years to life in prison as well as criminal fines.

Code of Virginia Section 18.2-58.1 provides the laws and penalties against carjacking. Under this section, a person commits carjacking if they intentionally:

Any person who commits carjacking in Virginia is guilty of a felony crime. Upon conviction, the punishment can include 15 years to life in prison as well as criminal fines.

If you have legal questions about robbery, carjacking, or other offenses under the Virginia Criminal Code, contact the skilled Leesburg criminal defense lawyers at Simms Showers LLP. We can begin building your case immediately.