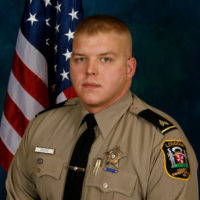 On November 16, 2016, a jury in Loudoun County, Virginia exonerated John Wayne Gregory of all wrongdoing, returning a verdict of not guilty on the charge of assault and battery. In August 2015, Loudoun County Sheriff Deputy Gregory was charged following an incident with Lyle Grenoble, a man he arrested for public intoxication.

Mr. Gregory’s use of force was reasonable and well within the bounds of his police training, testified Bryan Patterson, a veteran police instructor in Northern Virginia. Under the circumstances, Mr. Gregory would have been justified in using an even higher level of force than he utilized on the arrestee.

“This is a victory for our deputies who work our streets and protect us in the face of danger each and every day,” said Mr. Gregory’s lead attorney, Caleb A. Kershner. “Second guessing our law enforcement except for excessive misconduct only handcuffs their ability to protect and defend us in the community. John was well-trained and acted according to his police academy training. Our citizens should be proud to have him protecting them.”