Halloween Performer Charged with Possession of Marijuana in Purcellville 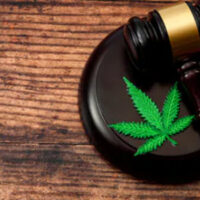 A performer from Maryland was arrested and charged with possession of marijuana at a Halloween block party in Purcellville, Virginia, according to an article by the Loudoun Times-Mirror. In addition to the drug crime charges, this Halloween performer also faces a driving charge.

This incident occurred on October 26th at approximately 6 p.m. Near the intersection of 21st and West Main streets, the Halloween performer drove up to the block party and attempted to park. An officer with the Purcellville Police Department who was working security detected the odor of marijuana and stopped the vehicle.

While the Halloween performer awaits the next steps in his legal case, it seems like a good time to examine Virginia laws against and penalties for possession of marijuana.

Virginia Laws Against Possession of Marijuana

Virginia Penalties for Possession of Marijuana

Section 18.2-250.1 also establishes the penalties for unlawful possession of marijuana. Depending on the number of previous offenses, if any, the penalty can become much more severe. For example:

In addition to the standard penalties above, Code of Virginia Section 18.2-251 provides a special program for first-time offenders. Instead of a conviction, this section authorizes the Virginia courts to place a first-time offender on probation. The offender must satisfy all probationary requirements, including drug and alcohol screening and substance abuse training. Otherwise, they can face a conviction and the criminal penalty structure described previously.