What is the First Offender Program for Virginia Drug Crimes? 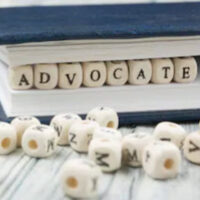 There are strict laws in the Commonwealth of Virginia against committing various drug crimes, such as the possession or distribution of controlled substances. In most circumstances, any person who commits a drug crime will likely face confinement and fines for their actions. But Virginia law also provides leniency for certain first offenders who do not have any previous drug crime convictions on their record. These first-time offenders can avoid a conviction and criminal record by satisfying certain probationary terms.

Which Drug Crimes Qualify for the First Offender Program?

Though if that person previously committed any other drug crime — including one not listed above, such as distributing or manufacturing — they are ineligible to participate in the first offender program.

What are the Terms of the First Offender Program?

Section 18.2-251 also establishes the conditions of the first offender program. Under this section, a first-time offender may be placed on probation instead of receiving a conviction for possession of a controlled substance or marijuana. But the offender must comply with the following conditions of probation:

What Happens if a First Offender Satisfies the Terms of Probation?

What Happens if a First Offender Violates the Terms of Probation?

If a first-time offender violates the terms of probation outlined in the previous section, Section 18.2-251 authorizes the Virginia courts to enter a guilty judgment on the record. Stated otherwise, the first-time offender will be convicted for a possession crime and face the full penalties under the law. Depending on the circumstances of the offender — and whether the underlying crime was a felony or misdemeanor — this could mean the possibility of an extended prison sentence and substantial criminal fines.