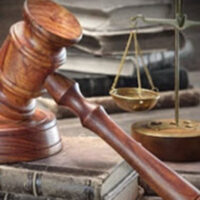 A man from Chesterfield, Virginia faces charges for reckless driving and attempted capital murder of a police officer after allegedly causing a deadly crash, according to an article by ABC affiliate WRIC.

After a relatively brief chase, the state trooper caught up and made contact with the Chesterfield man’s vehicle in the 6600 block of Strathmore Road. Then the police vehicle then veered off the road and crashed into a fence, which damaged to the cruiser’s fuel line, and started a fire.

Shortly thereafter, the Chesterfield man allegedly crashed into another passenger vehicle at the intersection of Strathmore and Dundas roads. Both passengers in the other vehicle were wearing seatbelts and only sustained minor injuries.

After the Chesterfield man received medical treatment for injuries sustained as a result of this incident, the authorities filed formal charges, including:

At this juncture, the Chesterfield man remains in police custody at the Chesterfield County Jail. While the man awaits further legal developments, it seems like an opportune moment to review Virginia penalties for reckless driving and attempted capital murder.

As detailed in Code of Virginia Section 46.2-858, reckless driving is ordinarily charged as a Class 1 misdemeanor. When a person is convicted of this misdemeanor, the punishment can include 12 months in county jail and criminal fines up to $2,500.

However, there is also a Class 6 felony version of reckless driving. This version only applies if the reckless driver caused a fatality with a suspended or revoked license. In these situations, the punishment can include one to five years in prison and criminal fines up to $2,500.

Moreover, Code of Virginia Section 46.2-393 mandates reckless drivers also lose their license for a certain amount of time. The suspension timeline is generally somewhere between 60 days and six months.

When a person is convicted of this felony, the punishment can include a death sentence or life imprisonment and criminal fines up to $100,000.

That being said, Code of Virginia Section 18.2-25 states that attempted capital murder is a Class 2 felony. When a person is convicted of this felony, the punishment can include imprisonment for 20 years to life and criminal fines up to $100,000.

If you have legal questions about Virginia charges for reckless driving, it can be immediately helpful to contact a dependable criminal defense attorney. The Leesburg reckless driving attorneys at Simms Showers LLP are prepared to help you with your case. Contact us today for a consultation.