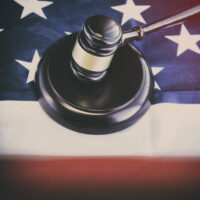 A former publisher from Leesburg will go to prison and pay restitution for two federal crimes, according to an article by the Loudoun Times-Mirror. This sentence came pursuant to a guilty plea entered in June, involving one count of wire fraud and one count of unlawful possession of a firearm.

The 53-year-old Leesburg man was the former publisher of a now-shuttered, local newspaper. In his capacity as publisher, the Leesburg man defrauded investors by misrepresenting corporate information. This happened while he was trying to secure outside investment to keep his struggling publication afloat.

In addition, the Leesburg man made fraudulent claims about the publication’s investment history, debt, and advisory board members. He even modified a loan agreement to alter the terms and defraud an investor. Taken as a whole, the Leesburg created a completely false image of his publication, enticing investors to make financial contributions in the process.

During the sentencing hearing in the U.S. District Court for the Eastern District of Virginia, the Leesburg man claimed that he suffered from mental health issues. He requested clemency and the ability to seek treatment. But the federal judge was not convinced, pointing out that the Leesburg man recently committed illegal activity from prison.

Apparently, federal authorities recorded a phone call the Leesburg man had with a business contact. During this call, the Leesburg man discussed a new wire fraud scheme with the contact, showing no remorse for his previous criminal actions. This conversation turned out to be the last nail in the Leesburg man’s coffin.

At the conclusion of the sentencing hearing, the federal judge determined that 46 months in prison was appropriate. After the prison sentence concludes, the Leesburg man will spend three years on probation. During this probationary period — and potentially for a while afterward — the Leesburg man will make payments to satisfy $512,500 in restitution to several victims.