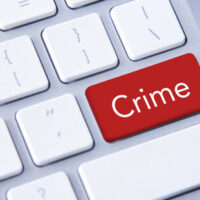 A Sterling woman faces Virginia charges for assault and battery, driving while intoxicated (DWI), and other crimes after a hit and run incident, according to an article by the Loudoun Times-Mirror.

The Loudoun County Sheriff’s Office responded to reports of this car accident on October 23rd at approximately 4 p.m. After sheriff’s deputies arrived at the scene, they identified the Sterling woman as the potential culprit and tracked her down. When the deputies detected alcohol and attempted to arrest this woman, she allegedly resisted and assaulted one of the deputies.

At this point, the Sterling woman remains in police custody and faces various criminal charges, including:

Assault & Battery Against a Police Officer

If a person commits assault and battery knowing — or having a reason to know — that the victim is a police officer performing these official duties, it is a Class 6 felony. This particular Class 6 felony is punishable by fines up to $2,500 and imprisonment for a minimum of six months and a maximum of five years.

Under Code of Virginia Section 18.2-270, there is a multifaceted penalty structure for DWI offenses. At a minimum, a first-time DWI is a Class 1 misdemeanor with a mandatory minimum of $250 in fines. Though there are mandatory minimum jail terms if the driver registers a blood-alcohol concentration (BAC) above 0.15, which is more than twice the legal limit. Furthermore, first-time DWI offenders are subject to a one-year period of driver’s license suspension.

Additionally, there are mandatory minimum levels of punishment for second-time DWI offenses. A driver must spend 10 to 20 days in jail and pay $500 in fines if they commit a second DWI:

Failure to Report a Car Accident

Under Code of Virginia Section 46.2-894, drivers must stop and report any car accident that results in property damage, physical injury, or death. If the accident in question causes physical injury, death, or more than $1,000 in property damage, then it is a Class 5 felony. Upon conviction, the maximum punishment includes imprisonment for 10 years and fines up to $2,500. The offender is also subject to a mandatory period of driver’s license suspension or revocation.

Under Code of Virginia Section 18.2-268.3, drivers must submit to DWI tests when requested by law enforcement. If a person unreasonably refuses such a request, it is a civil violation with a penalty of one year of driver’s license suspension.

A second or subsequent DWI test refusal is a Class 1 misdemeanor. If convicted, the offender will face a maximum of three years of driver’s license suspension and, potentially, jail time or criminal fines.