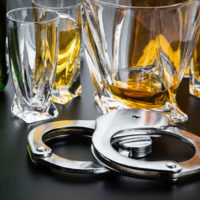 A Virginia drunk driver smashed into another vehicle on Interstate 64, leading to the death of one person and injuries to several others, reported the Associated Press. The drunk driver faces criminal charges for involuntary manslaughter as a result of this incident.

This automotive accident occurred in the evening of November 9th in Hampton, Virginia. That is when the drunk driver attempted to merge his truck into another lane on the highway. But the drunk driver did not see a sedan that was stopped on the shoulder and attempting to merge into the same lane at the same time.

What is Involuntary Manslaughter?

What is Aggravated Involuntary Manslaughter?

If you are facing criminal charges for a DUI-related offense in Virginia, it is helpful to reach out to a seasoned criminal defense attorney. The attorneys at Simms Showers LLP have extensive experience helping clients fight against a variety of criminal charges, including DUI and involuntary manslaughter. If you need legal help with criminal defense, contact us today for a free initial consultation.