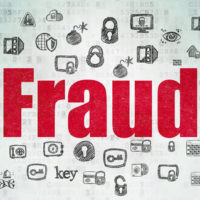 Virginia Beach police are looking for two suspects in connection with several larcenies that led to credit card fraud, as reported by WTKR.

The suspects broke into two different vehicles – one on the 1600 block of Independence Boulevard and another on the 4100 block of First Court. The suspects shattered the windows on each vehicle to gain access.

After taking credit cards and checks from the vehicles, the suspects made more than $2,000 in fraudulent charges. The suspects also attempted to use the stolen checks to withdraw cash.

Considering the impact of this news story, it seems like a great opportunity to review Virginia laws concerning larceny.

What is the Definition of Larceny in Virginia?

Under Code of Virginia section 18.2-95, there are essentially two different types of larceny in Virginia. The difference between the two types of larceny centers on the value of the stolen goods.

If the stolen goods have a lower value, then it is a misdemeanor referred to as petty larceny. The crime of petit larceny generally involves the theft of $5 or less from a person’s body. This means that the thief must steal something directly from the victim. For an example, consider a pickpocket or a mugger. Petit larceny can also occur in less direct ways. If a thief steals less than $200 in goods outside of the victim’s presence – such as breaking into a home while the family is away – then it is petit larceny.

Armed with an understanding of petit larceny and grand larceny laws, it is time to move on to the penalties for each crime in Virginia.

What are the Penalties for Larceny in Virginia?

The misdemeanor of petit larceny in Virginia has stiff penalties. A conviction can result in $2,500 in fines and 12 months in jail. Previous convictions can lead to a minimum jail sentence of 30 days.

The felony of grand larceny in Virginia has even more severe penalties. A conviction can result in $2,500 in fines and 20 years in jail. If there is proof of an intent to sell the stolen goods, then a two-year minimum jail sentence may apply.

Do You Have Legal Questions?

If you are facing criminal charges for petty larceny, grand larceny, or other crimes, it is important to seek counsel from a skilled criminal defense attorney. The attorneys at Simms Showers LLP provide aggressive and skillful criminal defense. Let us help you today.