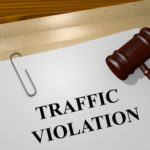 How Long Does a Driving Violation Stay on Your Record in Virginia?

If a driver commits reckless driving or other traffic violations in Virginia, a record of the offense will remain on the DMV record for a long time. As outlined by the Virginia Department of Motor Vehicles, the amount of a time a traffic violation stay on the driver’s record depends on the type of… Read More » 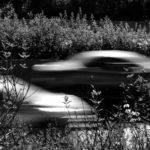 Woman Arrested in Virginia After Getting Three Tickets Within an Hour

Earlier this summer a woman was arrested after she received three speeding tickets within one hour on I-81 in Virginia. Kai Kitchen was clocked driving 93, 97, and 94 miles an hour at each of her three respective stops by police. For the first two tickets, the police officers wrote her misdemeanor reckless driving… Read More »

Do Virginia Cops Have Ticket Quotas?

If you have ever seen the police out in force on a holiday or during a special event, you have probably wondered if the police somehow have a requirement to ticket people. Perhaps you were cited for going 5 miles per hour over the speed limit and feel like you got a raw deal…. Read More »

Perhaps you have heard the terms “expunge,” “sealed record,” or “record destruction.”  There is a lot of misinformation on the Web. In fact, this is one of the most misunderstood areas of Virginia law. Here is a brief discussion of expungement and how it is applied in Virginia, including Loudoun, Fairfax, Prince William, and… Read More »

Virginia Red Light Cameras: What You Should Know

For over a decade, red light cameras have been an unpleasant reality. They seem to be just about everywhere. Some states allow them; some states do not. Few drivers really take time to know the laws of each state they drive through. So, red light cameras catch millions of drivers every year. The revenue… Read More »

Maybe you have been pulled over by the police recently and would like to know your chances of getting the ticket dismissed. Perhaps you were charged with serious moving violations, such as excessive speeding or reckless driving. In Virginia, these can be very serious offenses that carry harsh penalties. No matter what the infraction,… Read More »

Virginia is Not for Speeders: Out-of-state Drivers Beware

Almost everyone you meet will admit they have received a traffic ticket at some point in their life. No doubt, most people violate minor traffic laws at some point. Some states definitely have harsher punishments than others. Virginia traffic lawyers see a lot of tickets issued to out-of-state drivers, sometimes disproportionate to the total… Read More »