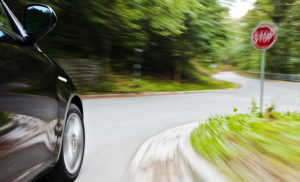 Virginia’s reckless driving laws are unique, especially the laws regarding speeding. While many Virginians may be aware of these laws already, those travelling through Virginia from other states may not be. Now, the Virginia Department of Transportation has installed some signs on Interstate 81 and Interstate 95 warning drivers about Virginia’s reckless driving laws around speed. The signs read “Above 80 MPH Is Reckless Driving. Penalties Higher.”

There are many other things that also qualify as reckless driving in Virginia. Reckless driving includes driving too fast for the road conditions, failure to use turn signals when turning, and driving a vehicle that is not under the control of the driver such as brakes that do not work properly or other malfunctions that mean the driver is not in full control. Other reckless driving offenses are passing on a curve or hill, racing, driving with an obstructed view, and driving dangerously in a parking lot. Other than the offenses listed above and several others that are not listed, there is also a general “reckless driving” charge for when the officer determines that a driver was not driving safely in general or was driving in a way that endangered others.

There are also long term consequences. A reckless driving charge can end up on your permanent criminal record, which may affect future employment and may cause you to lose your current job. You will also likely see a rise in insurance premiums and an increase in demerit points on your license.

If you are charged with reckless driving in Virginia, you can face steep penalties including jail time. Our experienced reckless driving attorneys at Simms Showers, LLP in Leesburg, Virginia represent clients in Loudoun County, Frederick County and throughout Northern Virginia.