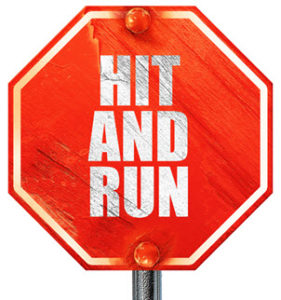 The Leesburg, Virginia Patch recently reported on an accident where a 19-year-old woman allegedly hit another vehicle while intoxicated and then left the scene of the accident. The Loudoun County Sheriff’s Office says that the woman is facing multiple charges after allegedly taking her friend’s car without her permission, driving at a high rate of speed while intoxicated, hitting a car, and damaging the tire. This case involves a couple of different legal concepts: hit and run and DUI.

Hit and run accidents are accidents where one of the parties leaves the scene of the accident without exchanging information or waiting for the police to come. Virginia law requires people to stop after any car accident where there is damage to property, injury, or death. Depending on the amount of damage leaving the scene of an accident is a misdemeanor or felony. If the damage is under $1000 with no injuries, then leaving the scene of an accident is a Class 1 misdemeanor. Perhaps part of the reason that the driver in the above scenario did not stop was because she was worried about being charged with driving while under the influence (DUI).

You can be charged with DUI in Virginia if your blood alcohol level is .08 or above. For those under 21, the legal limit is .02. DUI is a serious charge with consequences that include fines and jail time. Having a DUI on your record can also result in loss of employment and increased car insurance rates.

If You Are Pulled Over for DUI

If a police officer is indicating that you should pull over, it is important to find a safe place to do it. In Virginia, a police officer can pull you over if there is a reasonable suspicion that you are under the influence. You also may be pulled over for another traffic offense.

There are two kinds of sobriety tests that police use. One is a field sobriety test and includes asking you to stand on one leg or do other exercises to show whether you are intoxicated. The other test is a chemical test, most often a breath test, that actually measures the amount of alcohol in your system. In Virginia, driving a vehicle implies your consent to a chemical test. Drivers can refuse chemical tests, but they face a yearlong license suspension for the first charge and harsher penalties for subsequent refusals.

If you are arrested for DUI, you should contact a skilled DUI attorney as soon as possible. There are many defenses to DUI and ways to get the charges lowered or dismissed. A qualified DUI defense attorney can help you get the most favorable outcome.

If you are charged with a DUI, you need a knowledgeable DUI attorney on your side to defend you against the charges. Our experienced DUI defense attorneys at Simms Showers, LLP in Leesburg, Virginia represent clients in Loudoun County, Manassas and throughout Northern Virginia.