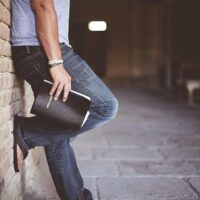 Title VII of the Civil Rights Act of 1964 made it illegal to “fail or refuse to hire or to discharge any individual, or otherwise to discriminate against any individual with respect to his compensation, terms, conditions, or privileges of employment, because of… sex.” Rather than interpret “sex” as commonly understood to mean “biological sex,” the Court broadly expanded the definition of “sex” to include “homosexuality” and “transgender” status. As a result, an employer who fires, fails to hire/promote or demotes an individual on the basis of “homosexuality” or a “transgender” status may be liable under Title VII of the Civil Rights Act.

We will explore 3 implications below of how this ruling affects primarily churches, nonprofits, and religious for-profit companies.

Suppose a religious school learns one of its teachers has identified as a homosexual, in contradiction of such school’s policy, and as a result, fires such teacher. Under Bostock, the teacher now likely maintains a legitimate lawsuit against the school on the basis of discrimination, even if homosexuality played a minor role in the school’s decision. That is because the Court ruled that any “suggestion that sex must be the sole or primary cause of an adverse employment action for Title VII liability… is at odds with everything we know about the statute.”[1] In other words, the moment an employer fires an employee for any reason related to homosexuality or transgenderism—whether that decision is in whole or in part motivated by these factors—the Court will conclude that the employ engaged in discrimination. The Court made clear that no part of the decision to fire an employee can be based in the employee’s sexuality.

Such a teacher may legitimately sue the school, even if the school maintains a lifestyle policy applicable to all teachers. The Court in Bostock made it clear that any employer who fires a homosex­ual or transgender employee, in part because of that indi­vidual’s sex, violates the law even if the employer is willing to subject all male and female homosexual or transgender employees to the same rule. The reason, as the Court held, is because, “When an employer fires an employee for being homosexual or transgender, it necessarily and intentionally discriminates against that in­dividual in part because of sex. And that is all Title VII has ever demanded to establish liability.” As a result, Bostock significantly calls into question the effectiveness of organization-wide policies requiring a certain lifestyle commitment. However, some commentators believe that sincerely held religious policy and statement of faith may be an exception to Bostock in future cases.

The Court in Bostock also seemingly grants a homosexual or transgender person a cause of action in the event an employer refuses to hire them. In fact, organizations with policies that expressly state that they will not hire homosexuals or transgender people for certain jobs necessarily put themselves in the crosshairs. That is because the Court ruled, “An employer that announces it will not employ anyone who is homosexual, for example, intends to penalize male employees for being attracted to men and female employees for being attracted to women.” What typically served as a shield for employers—that is, a written policy requiring certain lifestyle commitments—can now be used as a sword against the same employer. Stated differently, the same policy establishing a certain lifestyle commitment can now be weaponized against the employer, in the sense that the employer is “announcing” it won’t hire homosexuals or transgender individuals. Again, if it is stated based on sincerely held religious beliefs and firmly is throughout its governing and employment documents, it remains an open question whether it will be harshly applied against religious organizations where, in essence, “sexual liberty” will trump First Amendment “religious liberty.”

Let’s go back to our religious school example. Suppose the school learns that a teacher is homosexual; rather than firing this teacher, the school wants to reassign the teacher to a different role. Is that permitted? Arguably, no. The Court in Bostock held that “[A]n employer who discriminates against homosexual or transgender employees necessarily and intentionally applies sex-based rules.” In other words, arguably any adverse action taken against a homosexual or transgender person during the employment is, by definition, discrimination against that individual. However, if the reason is for sincerely held religious purposes, the Court may create an exception to Bostock as discussed below.

Is there any religious limitation to Bostock?

Does Bostock mean all religious organizations and schools, churches, synagogues, temples, etc., must not fire or take adverse employment action against homosexual and transgender people? The simple answer is: “Yes, but.” The longer answer is: “maybe, unless.”

The “long answer,” however, is “maybe, unless… with a view to the future.” Two notable cases, and one statute, demonstrate that there are reasons to believe that religious exemptions may apply to Title VII claims. The first case deals with the so-called ministerial exception, and the second is a recently decided case, closely related to the first case, on employment processes in Catholic schools.

The first important case, the ministerial exception, was the subject of Hosanna-Tabor Evangelical Lutheran Church and School v. Equal Employer Opportunity Commission, 565 U.S. 171 (2012). In brief, the court decided for Hosanna-Tabor that the civil arena is not the place for a church dispute.[2] Ministerial issues should be resolved within the ecclesiastical jurisdiction. This appears to be a very narrow exception: if a minister comes out as homosexual or transgender, it must be resolved within church court. The key, however, is that Hosanna-Tabor defined “minister” as, essentially, a teacher who leads devotions and teaches about religious and non-religious studies.[3] This definition widens the ramifications of Hosanna-Tabor. In a religious school, a teacher who provides education on such matters, and comes out in support of homosexuality and transgenderism, must have his or her case resolved in ecclesiastical court, not civil court, and thus, is not subject to Bostock.

The second important note comes from a case decided earlier this month. In two cases consolidated into one, Our Lady of Guadalupe School v. Morrissey-Berru, 591 U.S. ___ (2020),[4] the Court ruled 7-2 that Catholic schools are not under the government’s jurisdiction in the matter of teaching religion classes. The decision of the right personnel to teach such classes belongs solely to that school. Our Lady expands Hosanna-Tabor from a ministerial exception to a release of government over Catholic—and perhaps broadly religious—schools as well. The Court’s decisions on matters of religious liberty, especially in Our Lady, indicates the Court is sympathetic towards religious groups. Where exactly Hosanna-Tabor and Our Lady intersect with Bostock, though, is somewhat unclear right now.

Other than the obvious First Amendment free exercise clause, the one statute that may provide an exemption is the Religious Freedom Restoration Act (1993) (RFRA), which the Court in Bostock refers to as “a kind of super statute.”[5] In other words, the RFRA may supersede Title VII in certain cases by way of applying religious exemptions. While barely more than a side note, the Court’s mention seems to indicate the Court’s willingness to review religious liberty cases on Title VII if sincerely held religious beliefs and conduct are central to the organization and how it operates and clear statutory, Constitutional and/or case precedent applies.

Are there any other limitations to Bostock?

We are now at a “fork in the road” with the Court able to take different directions. One possible route through the legal system is by the co-religionist argument: Title VII allows for religious exemption in the employment process based on religious views. Under this probable view, a Catholic school, for example, may require a teacher to adhere to Catholic doctrine and be a self-professing Catholic. The school could file suit and claim that the teacher is not a co-religionist because their sexual orientation or transgenderism is entirely at odds with the school’s Catholic teaching. Thus, the school could avoid the Court’s definition of “sex” altogether and skirt the ramifications of Bostock. On that ground, the school has a leg on which to stand. Currently, under Bostock, the school sits in a wheelchair.

Another possible way forward is that there are no or very limited religious exemptions under a Title VII claim. In other words, churches, organizations, and for-profit religious entities would be precluded from defending its employment decisions on the basis of religious liberties. In that case, any attempt to fire an employee on the basis that such employee does not adhere to religious doctrine would be unlawful. The plain language of Bostock currently suggests this is the current landscape, but as stated earlier, the Court has yet to specifically analyze Title VII within the context of a religious exemption. Under that unlikely legal scenario, the court created “sexual liberty” will always trump the First Amendment “religious liberty”, which would change decades of court precedent on free exercise of religion.

The next few years may be difficult ones for religious organizations, churches, and schools. The choice of whether to not hire or fire a teacher for homosexual or transgender beliefs or actions based on its sincerely held religious beliefs, or blindly comply with Bostock out of fear of reprisal and financial costs even if it possibly will undermine the group’s mission, is not easy. Unfortunately, the legal system now appears to require a sacrifice in the form of a religious group willing to be at risk of being sued and going all the way to the U.S. Supreme Court. The Court’s seeming interest in hearing a case on this, however, does provide some hope for that group. Two takeaways from this opinion are: 1) to make certain that the religious organization’s governing and employment documents clearly state its sincerely held religious beliefs, with Scripture cited for each proposition as to why such conduct is against its teachings, and 2) to make such employment decisions only with knowledgeable attorney advice and only for religious reasons. No doubt there will be many cases as Bostock begins to be applied. How the court will ultimately rule, though, is up to the Nine.

Disclaimer: This memorandum is provided for general information purposes only and is not a substitute for legal advice particular to your situation. No recipients of this memo should act or refrain from acting solely on the basis of this memorandum without seeking professional legal counsel. Simms Showers LLP expressly disclaims all liability relating to actions taken or not taken based solely on the content of this memorandum. Please contact Robert Showers at hrs@simmsshowerslaw.com or Kyle Winey at KDW@simmsshowerslaw.com or call at 703.771.4671 for legal advice that will meet your specific needs.