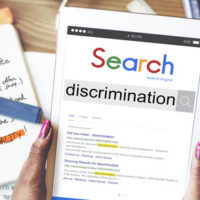 After suffering a demotion last year, a former high school principal claimed reverse discrimination and sued the city of Martinsville, the city council and the city school board, according to an article by the Martinsville Bulletin.

The former principal sued in U.S. District Court, asking for a jury trial and approx. $10 million in damages and benefits. That figure includes damages of $9 million, back pay and benefits of $105,000, and potential pay of $445,000. The former principal is also requesting undetermined sums for interest as well as court costs and attorney’s fees.

The former principal alleges that the city, city council, and school board acted in concert to unlawfully discriminate, sourcing and hiring based on race and gender. Lacking the city’s desired race and gender, she was demoted from high school principal to middle school assistant principal.

Considering the impact of this news development, it feels like a perfect time to explore federal and state laws concerning workplace discrimination.

What is the Equal Employment Opportunity Commission?

Most notably, federal laws protect employees from discrimination and harassment because of their race, color, religion, sex, national origin, age, disability, or genetic information. In this context, the term “sex” above also includes pregnancy, gender identity, and sexual orientation.

What is the Virginia Human Rights Act?

In addition to federal laws, the Virginia Human Rights Act (the Act) protects against discrimination in all forms. As applied to employment, the Act requires employers to make decisions based on performance, aptitude, and experience. Employers are not allowed to discriminate in matters of hiring, compensation, promotion, assignment, or termination.

Specifically, employers are not allowed to use the following factors to determine employment matters:

Do You Need Legal Help From an Experienced Employment Attorney?

It can be a challenge to deal with wrongful termination, workplace discrimination, or other matters of employment law. There is a fine line to walk, balancing your need to work against your rights under the law. With many overlapping laws and regulations, it can be difficult to discern the proper course of action. Thankfully an experienced employment attorney can guide you through the process, ensuring that you have a clear understanding of your rights under the law.