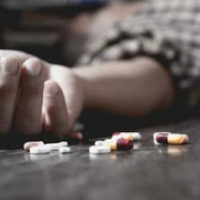 A Virginia woman received a 30-year prison sentence for various drug crimes, including distribution of deadly heroin, according to an article by CBS affiliate WTKR.

In terms of background, this 43-year-old woman operated as a heroin dealer out of her home on Southside Road in the Oceanfront area. Facts introduced at trial indicated that the woman created and distributed a fatal heroin dose in December 2017.

This woman became a target for law enforcement shortly thereafter. Officers closed in on this woman in March 2018, when she bought approximately $70,000 of cocaine from several police informants.

Later that month, a police assault team surrounded and breached this woman’s home. Officers arrested her and searched the premises. In the process, they uncovered drugs, weapons, and money, including heroin, fentanyl, and cocaine.

As a result of the investigation and search, the authorities charged this woman with:

Almost a year after her arrest, this woman’s legal case concluded in March 2019. She will spend 30 years in prison for these drug crimes. To help understand why, it will be necessary to review several applicable Virginia statutes.

Possession with Intent to Manufacture or Distribute

Code of Virginia Section 18.2-248 prohibits most people from manufacturing or distributing illegal drugs and other controlled substances. This section also outlaws the possession of illegal drugs with the intent to manufacture or distribute. That being said, there is a narrow exception for certain medical and research purposes.

Under Section 18.2-248, it is a felony to manufacture or distribute any Schedule I or II controlled substance, including:

Furthermore, Section 18.2-248 outlines the penalty structure for manufacturing or distributing these controlled substances. At a minimum, a conviction will result in five to 40 years in prison and up to $500,000 in criminal fines.

Conspiracy to Manufacture or Distribute

Code of Virginia Section 18.2-256 makes it unlawful to conspire to commit drug crimes within the Commonwealth. In the present case, specifically, the Virginia woman conspired to manufacture and distribute heroin, fentanyl, and cocaine. Under Section 18.2-256, that means she is subject to the same mandatory punishment, even if she did not actually complete the criminal act.

If you need legal assistance with criminal charges for drug crimes in Virginia, it is helpful to discuss your situation with a skillful Leesburg drug crimes attorney. The attorneys at Simms Showers LLP, servicing Leesburg, Winchester, Fairfax, and Manassas, have mounted successful defenses against various drug crimes, such as possession with intent to distribute or conspiracy to manufacture. If you need legal help with drug charges or other aspects of criminal defense, contact us today for a free initial consultation.