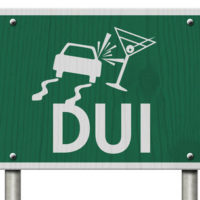 A National Guardsman was charged with driving under the influence (DUI) after taking an armored vehicle on a 65-mile joy ride into downtown Richmond, reported the Richmond Times-Dispatch.

The 29-year-old lieutenant in the Virginia Army National Guard stole M577 vehicle from a training exercise. This vehicle resembles a tank, but there are no weapons on board. The M577 functions mostly as a command center, allowing officers to direct their troops in the battlefield.

After the lieutenant stole the M577, National Guard officials notified the Virginia State Police immediately. Over the course of a lengthy pursuit, the lieutenant regularly ignored police commands to pull over and exit the vehicle. He also appeared to post several photos to social media during the incident. Police eventually apprehended the lieutenant near Capitol Square, without any apparent property damage or injuries.

What are the Penalties for Driving Under the Influence (DUI) in Virginia?

What are the Penalties for Felony Unauthorized Use of a Vehicle in Virginia?

Under Code of Virginia § 18.2-102, unauthorized use of a vehicle is generally a Class 6 felony. The penalties for a Class 6 felony include 12 to 60 months in prison and $2,500 in fines. On the other hand, if the vehicle is worth less than $200, then this offense becomes a Class 1 misdemeanor with the same penalty structure above stated.

What are the Penalties for Felony Eluding Police in Virginia?

If you are facing charges for DUI or other criminal offenses in Virginia, it is crucial that you speak with an accomplished criminal defense attorney. The attorneys at Simms Showers LLP, servicing Leesburg, Winchester, Fairfax, and Manassas, feature a wealth of combined legal knowledge in the field of criminal defense, including DUI, unauthorized use of a vehicle, and eluding police. If you need legal help with criminal defense, contact us today for a free initial consultation.