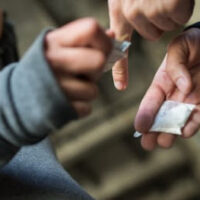 On August 23rd, a Virginia man received a five-year prison sentence in connection with drug distribution that caused a woman’s death, according to an article by the Loudoun Times-Mirror.

This case traces back to June 2015. That is when the Virginia man possessed and distributed 1,4-butanediol, which is an imitation version of Gamma Hydroxybutyric Acid (GHB). Under applicable laws, GHB is classified as a Schedule I controlled substance. Any imitation version of GHB would also fall under the same classification.

The Virginia man then interfaced with a woman via text message to coordinate and complete a sale. After receiving and taking the drugs, the woman died shortly thereafter. The autopsy revealed that the woman died from GHB poisoning and showed urine traces of 1,4-butanediol.

In the investigation of this woman’s death, the Loudoun County Sheriff’s Office, the Leesburg Police Department, and the Federal Bureau of Investigation (FBI) coordinated together. After a successful arrest, the U.S. Department of Justice prosecuted the criminal case with assistance from Virginia’s Office of the Attorney General.

Ultimately, the Virginia man received a five-year prison sentence in federal court. Even though this case ended up in federal court, it seems like a great opportunity to review the state-specific laws in Virginia concerning drug distribution.

Code of Virginia Section 18.2-248 makes it unlawful to distribute or otherwise drugs or imitation drugs. This section also prohibits the manufacture, sale, and gift of drugs. Additionally, any person who has a large quantity of drugs can face charges for possession with intent to distribute. A violation of these laws can result in the criminal penalties described in the following section.

Section 18.2-248 also provides the Virginia penalties for drug distribution. Any person who distributes an illegal drug classified in Schedule I is guilty of a felony crime. In most cases, the applicable penalty depends upon the number of previous convictions for the same offense. If it is the offender’s

That being said, the presence of certain circumstances can trigger more harsh penalties Section 18.2-248. For example, if a person distributes a large amount of certain drugs — such as heroin or cocaine — both the criminal fines and prison sentence rise drastically.

If you need legal help with Virginia charges for distribution or other drug crimes, it can be particularly advantageous to consult with a seasoned criminal defense lawyer. The Leesburg drug crimes lawyers at Simms Showers LLP have provided high-quality defense for numerous clients in drug crime cases, including distribution charges. If you need legal help with criminal defense, contact us today for a free initial consultation.