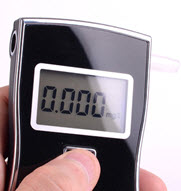 Loudoun County Sheriff’s deputies arrested a Virginia man for driving under the influence (DUI) of alcohol and refusing to submit to a DUI test on July 27th, according to an article by the Loudoun Times-Mirror.

At approximately 11:30 p.m. that night, a local business called in a report about an alleged drunk driver near the 46600 block of Algonkian Parkway. According to the report, two men seemed to be intoxicated or impaired before leaving the business premises in a motor vehicle.

Shortly thereafter, law enforcement was able to locate the vehicle in question not far from Aldridge Court. After stopping the vehicle, law enforcement attempted to test the driver for intoxication. But the 24-year-old driver refused. As a result, the driver faces charges for his second DUI within five years and refusing a DUI test.

Additionally, law enforcement also detained the sole passenger in the vehicle for public intoxication. Though the passenger secured a release from the Loudoun County Adult Detention Center.

At this point, the legal process needs to play out for both the driver and passenger. Until that happens, the extent of their potential punishment is unknown. Though a review of applicable Virginia laws can provide a general idea of the potential penalties for these types of criminal charges.

Code of Virginia Section 18.2-270 establishes the penalties for DUI. In most circumstances, DUI is a Class 1 misdemeanor in Virginia. Upon conviction for this type of misdemeanor, the offender can expect an upper limit of 12 months in county jail and $2,500 in criminal fines.

That being said, Section 18.2-270 also outlines enhanced penalties for DUI offenses committed under specific conditions. For example, any person who commits a second DUI offense within five years will encounter certain mandatory minimum punishments. Specifically, the offender will spend at least 20 days in jail and incur at least $500 in fines.

What are the Virginia Penalties for Test Refusals?

Code of Virginia Section 18.2-268.3 provides the punishment for refusing to submit to a lawful DUI test. In most cases, refusing a DUI test qualifies as a civil offense. The sole punishment is typically driver’s license suspension for up to 12 months.

If a person refuses multiple DUI tests within a 10-year period, however, the offender can expect driver’s license suspension for up to 36 months as well as confinement in county jail and criminal fines.

What are the Virginia Penalties for Public Intoxication?

If you have legal questions about DUI, test refusals, or public intoxication in Virginia, it can be demonstratively helpful to reach out to a dependable Leesburg DUI & DWI attorney. The attorneys at Simms Showers LLP have vast experience in the arena of criminal defense, including DUI, test refusals, and public intoxication. If you need legal assistance with criminal defense, contact us today for a free initial consultation.