Suspected DUI Kills One Person & Maims Another in Virginia 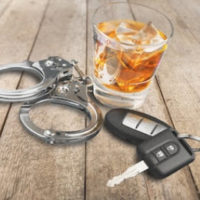 A Virginia woman faces criminal charges for driving under the influence (DUI) and involuntary manslaughter after allegedly causing a fatal car crash, according to an article by WAVY.

This auto accident occurred in Chesapeake on Interstate 264 at approximately 3 a.m. on June 1st. That is when the Virginia woman apparently lost control of her vehicle and veered off the highway.

Unfortunately, there were two men on the side of the road attempting to jump start a vehicle. The Virginia woman’s vehicle smashed into the men, causing severe physical injury to both men in the process.

Once first responders arrived at the scene of the accident, they transported both men to a Norfolk General Hospital for emergency medical treatment. One of the victims died as a result of their injuries. Hospital staff were able to save the other man’s life. But they had to amputate his leg in the process.

Based on the circumstances of this automotive crash, authorities charged the Virginia woman with DUI, involuntary manslaughter, and another criminal offense. She is currently being held without bond at the Chesapeake City Jail.

While the Virginia woman prepares for the next steps in her legal case, it feels like an appropriate opportunity to review Virginia laws against and penalties for DUI and involuntary manslaughter.

Code of Virginia Section 18.2-266 outlines the state-specific boundaries of DUI. Under this section, a driver commits DUI if he or she is unable to operate a vehicle safely due to the consumption of:

Code of Virginia Section 18.2-270 ordinarily categorizes involuntary manslaughter as a Class 1 misdemeanor in many situations. In Virginia, Class 1 misdemeanors have a maximum punishment of 12 months in county jail and $2,500 in criminal fines.

That being said, repeat DUI offenders can face more severe penalties. For example, any person who commits DUI three or more times within 10 years is guilty of a Class 6 felony in Virginia. At that level, the utmost punishment includes five years in prison and $2,500 in criminal fines.

Code of Virginia Section 18.2-36 typically classifies involuntary manslaughter as a Class 5 felony in most cases. In Virginia, Class 5 felonies are normally punishable by a prison sentence of one to 10 years and $2,500 in criminal fines. Additionally, any person who commits involuntary manslaughter will face driver’s license suspension or revocation.

If you have legal questions about DUI or involuntary manslaughter in Virginia, it can be acutely beneficial to contact a seasoned Leesburg DUI and DWI attorney. The attorneys at Simms Showers LLP have defended clients against charges for DUI and involuntary as well as many other crimes. If you have legal questions about criminal defense, contact us today for a free initial consultation.