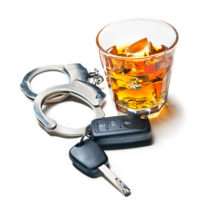 Despite registering a chemical test well above the legal limit for alcohol, a Portsmouth police officer received a not guilty verdict for driving under the influence (DUI), according to an article by WAVY.

This incident dates back to September 16th. On that day, the police officer was off-duty and driving down Victory Boulevard in Portsmouth and crashed into another passenger vehicle. The driver of that passenger vehicle sustained serious physical injuries in the accident.

At trial, the Virginia judge determined that the field sobriety tests were sufficient to rule out intoxication or impairment. Though given the officer’s BAC test, it seems like an appeal may be in the works. In the meantime, it seems like an excellent opportunity to review DUI laws and penalties in Virginia.

As explained in Code of Virginia Section 18.2-266, it is unlawful to operate many vehicles while impaired by alcohol or drugs and incapable of safe operation. Virginia DUI laws apply specifically to:

From a higher-level standpoint, when a person is impaired and unable to drive safely — from consumption of alcohol, drugs, or a combination of both — it is a violation of Virginia law.

In addition to the general prohibitions against impaired driving, there are also specific limits for alcohol and drug consumption in Virginia. It qualifies as a DUI if a driver registers a chemical test with any of the following results:

As highlighted in Code of Virginia Section 18.2-270, the state penalties for DUI exist on a tiered system. Under certain circumstances — such as repeat offenses or high levels of BAC — a DUI offender can face more severe penalties. As illustrated below, Virginia DUI penalties can oscillate based on numerous factors:

If you have legal questions about DUI or similar criminal charges in Virginia, it is helpful to consult with a reputable  DUI & DWI attorney. The attorneys at Simms Showers, LLP, servicing Leesburg, Winchester, Fairfax, and Manassas, have an esteemed reputation with criminal defense across Virginia, including DUI and related offenses. If you have legal questions about criminal defense, contact us today for a free initial consultation.