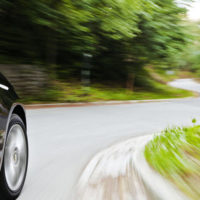 A 22-year-old Virginia man pleaded guilty to reckless driving after he fell asleep at the wheel and caused a fatal crash, according to an article by WTOP.

This car accident occurred on March 22, 2017. At that time, the Virginia man was driving to work on his normal morning commute. The man was admittedly tired from a mixture of long work hours and lack of sleep. The man’s drowsiness caused him to drift off for a second and cross over the median on Virginia Route 15. The man smashed into oncoming traffic and killed a recently married 29-year-old driver.

On March 6, 2018, the man pleaded guilty to reckless driving. The court imposed a sentence of 12 months in jail. After his release from jail, the man will have 12 months of probation and driver’s license suspension. The man will also have to speak to a local chapter of the Victim Impact Panel.

While the Virginia man carries out his sentence, it seems like an ideal time to review Virginia laws and penalties for reckless driving.

The definition of reckless driving appears in Code of Virginia 46.2-852. In general terms, reckless driving occurs when a driver operates their vehicle in a careless and dangerous manner. If the driver endangers other people or property in Virginia, then they may face criminal charges for reckless driving.

That being said, it is possible for reckless driving to become a Class 6 felony, especially in cases involving the death of a person. The potential penalties for a Class 6 felony in Virginia include 60 months in jail, $2,500 in fines, and driver’s license suspension.

If you were charged with reckless driving or other criminal offenses in Virginia, it is particularly helpful to speak with a criminal defense attorney. The attorneys at Simms Showers LLP, servicing Leesburg, Winchester, Fairfax, and Manassas, can help you defend against reckless driving and other criminal offenses. If you need legal help with criminal defense, contact us today for a free initial consultation.