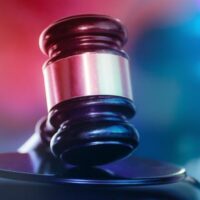 A Virginia man faces criminal charges for driving under the influence (DUI) after allegedly causing a fatal crash on U.S. Route 460, according to an article by WVNS.

The Virginia State Police responded to this incident on May 27. When troopers arrived at the scene of the accident on U.S. Route 460, they discovered an overturned passenger vehicle. Apparently, the vehicle went off the road, crashed into a utility pole, and overturned in a ditch.

As a result of this incident, the passenger in the vehicle died at the scene. The Virginia man driving the vehicle sustained injuries and received medical treatment at a local hospital.

The state laws against DUI appear at Code of Virginia Section 18.2-266. This section makes it unlawful to operate a motor vehicle while impaired by alcohol, drugs, or a combination of substances. The important standard in this context is impairment: the point at which a person loses the capability to operate their vehicle safely and legally.

Code of Virginia Section 18.2-270 details the state penalties for DUI. Under this section, the punishment typically changes based on the number of previous offenses, if any. For example:

The state laws against involuntary manslaughter appear at Code of Virginia Section 18.2-36.1. This section makes it illegal to commit DUI and unintentionally cause the death of another person in the process.

Code of Virginia Section 18.2-36 details the state penalties for involuntary manslaughter. Under this section, involuntary manslaughter is normally charged as a Class 5 felony. If convicted on these charges, the offender can face criminal fines up to $2,500 and a prison sentence between one and 10 years. In addition, the offender will have their driver’s license revoked.

If you need legal assistance with DUI or involuntary manslaughter in Virginia, contact the dedicated Leesburg criminal defense attorneys at Simms Showers LLP. Our team is prepared to assist you today.