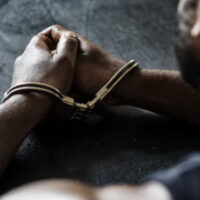 The Loudoun County Sheriff’s Office arrested two Virginia men after an alleged assault and attempted robbery, according to an article by the Loudoun Times-Mirror.

Law enforcement was able to apprehend two male suspects, both from Ashburn. Although the authorities continue to investigate this matter, both Virginia men already face charges for assault. One suspect faces charges for attempted robbery.

While these Virginia men await new developments from the Loudoun County Adult Detention Center, it seems like an opportune moment to examine Virginia laws governing assault and attempted robbery.

Even though assault and battery are largely punishable in the same way under Virginia law, each has a distinct definition. A person commits assault if they place a victim in reasonable fear of imminent bodily harm. Whereas battery requires the offender to physically contact the victim in a harmful or offensive manner.

Code of Virginia Section 18.2-57 provides the penalty for assault crimes. In most circumstances, assault is punishable as a Class 1 misdemeanor. This class of misdemeanor carries a potential sentence of 12 months in county jail and up to $2,500 in criminal fines.

Code of Virginia Section 18.2-58 establishes that robbery is a theft crime that involves force or violence or threats of the same. If the offender steals from the victim and creates a reasonable fear of imminent harm, it qualifies as robbery in Virginia.

Any person who commits robbery in violation of Section 18.2-58 is guilty of a felony. The punishment includes confinement for five years to life in state prison.

That being said, the present charges were for attempted robbery. As outlined in Code of Virginia Section 18.2-58, the statutory punishment is slightly different for attempted crimes, especially for non-capital offenses.

Under Section 18.2-58, the punishment for an attempted crime fluctuates based on the confinement period for the base offense. If the base offense is punishable by a maximum of life in prison, like robbery, the attempted crime is a Class 4 felony. Any person convicted of a Class 4 felony in Virginia is subject to a prison sentence between two and 10 years as well as criminal fines up to $100,000.

If you have legal questions about charges for assault, attempted robbery, or other crimes in Virginia, it can be distinctly positive to speak with an experienced criminal defense lawyer. The Leesburg assault & battery lawyers at Simms Showers LLP feature more than 140 years of combined legal experience with a particular focus on criminal defense, which includes assault and robbery offenses. If you need legal help with criminal defense, contact us today for a free initial consultation.