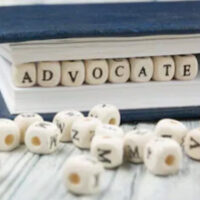 Local authorities in Loudoun County arrested a Virginia woman and charged her with child endangerment and DUI, according to an article by the Loudoun Times-Mirror.

The Loudoun County Sheriff’s Office responded to an automotive accident on August 1st at approximately 10 p.m. When deputies arrived at the scene near City Center Boulevard and Harry Byrd Highway, the Virginia woman was apparently impaired and had an open container of alcohol in the vehicle as well as a minor passenger.

What are the Virginia Penalties for Child Endangerment?

More specifically, if a parent, guardian, or a person with similar responsibility abuses or neglects a child, and:

The state penalties for DUI appear at Code of Virginia Section 18.2-270. Under this section, DUI offenses are typically punishable as Class 1 misdemeanors. Virginia law, though, provides for various mandatory minimum levels of punishment for DUI offenders.

From a general standpoint, Virginia law applies the following penalties to DUI offenses:

In addition to the criminal fines and confinement periods above, DUI offenders are also subject to mandatory driver’s license suspension under Code of Virginia Section 18.2-271. Depending on the number of previous convictions, if any, the applicable suspension period is typically one to three years.

If you need legal help with criminal charges for child endangerment or DUI in Virginia, it can be highly productive to contact a Virginia DUI defense attorney. The attorneys at Simms Showers LLP have the skill and experience needed to defend against a variety of criminal charges in Virginia, including child endangerment and DUI. If you need legal help with criminal defense, contact us today for a free initial consultation.