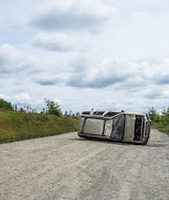 Over the course of Labor Day weekend this year, counties across Virginia experienced a substantial increase in reckless driving and driving under the influence, reported ABC affiliate WVEC. Additionally, the number of fatal automotive accidents during the holiday weekend reached a three-year high.

The Virginia State Police reported 12 deaths over the course of 11 fatal accidents — from midnight on Friday, August 31st through midnight on Monday, September 3rd. That is the highest total of Labor Day automotive fatalities since 2015, when 16 people died in fatal crashes over the holiday weekend.

In addition to fatal accidents, the Virginia State Police issued a large number of citations throughout Labor Day weekend, including:

When reckless driving leads to the death of a person, the offense can rise to the level of a Class 6 felony. The usual punishment for a Class 6 felony includes imprisonment for one to five years and $2,500 in fines, either or both.

Virginia Penalties for Driving Under the Influence

In certain circumstances, driving under the influence can become a felony crime with heightened penalties.