Is it a Crime to Refuse a DUI Test in Virginia? 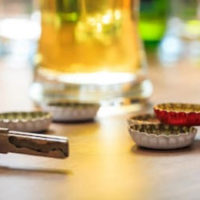 When a law enforcement officer stops a driver on suspicion of DUI or a similar offense, Virginia law outlines an official testing process. Furthermore, the requirements and corresponding penalties fluctuate based on whether the driver is impaired by alcohol, drugs, or both.

Under Code of Virginia Section 18.2-268.2, any person who operates a motor vehicle on state roadways provides implied consent for DUI testing. In cases of suspected DUI, this means that law enforcement officers are allowed to collect samples of the driver’s breath, blood, or both.

Under Section 18.2-268.2, law enforcement officers must administer an official chemical test — in adherence with applicable rules and regulations — within three hours of the suspected crime. Whether law enforcement requests breath tests, blood tests, or both usually depends on the type of intoxication in question.

If the driver is allegedly under the influence of or impaired by:

If a driver refuses a lawful request for DUI testing, it is a crime under Code of Virginia Section 18.2-268.3. Though the penalties under this section can change depending on the type of test the driver refused.

Under Section 18.2-268.3, the penalties for refusing a breath test are as follows:

Although substantially similar, the penalties for refusing a blood test are slightly different, as highlighted below:

Additionally, it is important to note that driver’s license suspension periods under Section 18.2-268.3 is not exclusive. The penalties above exist in addition to any other punishment or suspension required by Code of Virginia Section 46.2-391.2.

If you need legal help with refusing a DUI test or similar crimes in Virginia, it can be highly constructive to reach out to a seasoned criminal defense attorney. The Leesburg DUI and DWI attorneys at Simms Showers LLP have assisted many clients with criminal charges across Virginia, including DUI and test refusals. If you have legal questions about criminal defense, contact us today for a free initial consultation.