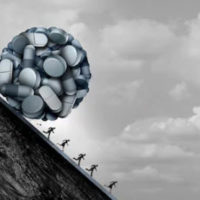 The number of fatal drug overdoses increased almost 10 percent across the United States in recent years, according to a report by the Centers for Disease Control and Prevention (CDC).

According to the CDC, opioids seem to be a driving factor behind the increase of fatal overdoses. Across the United States, opioids caused approximately 70 percent of all overdose deaths in 2017, which is the most recent data available to the CDC.

This CDC report also indicates an increase in deaths from illegal drugs across Virginia in the recent past, providing that:

In order to help address the dangers of drug overdoses, Virginia instituted laws to help incentivize the safe reporting of drug overdoses. These laws allow certain people to escape criminal charges or prosecution by reporting an overdose and adhering to all conditions.

As detailed in Code of Virginia Section 18.2-251.03, there is a mechanism in place for the safe reporting of drug overdoses. This section applies when a person is experiencing a life-threatening condition due to the consumption of alcohol, drugs, or both.

In these extreme cases, any person who reports the overdose to the proper authorities can avoid criminal charges for:

In order for the person reporting the overdose to avoid charges for the offenses listed above, that person must:

Additionally, Section 18.2-251.03 carves out an exception concerning lawful searches and arrests. If a person attempts to report an overdose during the execution of a lawful search or arrest, it does not qualify for protection under this section. Stated otherwise, a person cannot avoid a valid search or arrest by attempting to report a drug overdose.