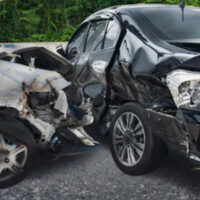 The Loudoun County Sheriff’s Office arrested a 37-year-old woman for drunk driving after an alleged automotive collision, according to an article by the Loudoun Times-Mirror.

Sheriff’s deputies responded to reports of a vehicle crash on July 27th at approximately 9 p.m. Near the intersection of West Church Street and North York Road, the deputies located the woman in question, who appeared to be intoxicated. The woman did not have a driver’s license and also provided a false name to the sheriff’s deputies.

At this point, this woman awaits next steps in her legal case at the Loudoun County Adult Detention Center. To understand the gravity of the charges against her, it will be helpful to review several applicable statutes under Virginia law.

Code of Virginia Section 19.2-82.1 makes it unlawful to portray a false identity to a law enforcement officer. It does not matter if the alleged offender actually produces an identification card or similar document. If that person intended to deceive or obscure their true identity, it qualifies as a violation of this section.

Any person who violates Section 19.2-82.1 is guilty of a Class 1 misdemeanor. If convicted, the maximum statutory punishment includes confinement in county jail for 12 months and criminal fines up to $2,500.

Driving Without a License

Code of Virginia Section 46.2-300 makes it illegal to operate a motor vehicle without a valid driver’s license. Though there are certain exceptions, most people must complete the driver’s examination and obtain a license before operating a vehicle in Virginia.

Any person who violates Section 46.2-300 a first time is guilty of a Class 2 misdemeanor. If convicted, the maximum statutory punishment includes confinement in county jail for six months and criminal fines up to $1,000.

Any person who violates Section 46.2-300 a second or subsequent time is guilty of a Class 1 misdemeanor. If convicted, the maximum punishment is the same as outlined above.

In addition, any person who drives without a license will also experience mandatory suspension of driving privileges. The applicable suspension period for this offense is 90 days under Section 46.2-300.

Code of Virginia Section 18.2-266 makes it unlawful to drive under the influence (DUI) of alcohol, drugs, or a combination of both. Once a person becomes impaired and incapable of driving safely, it likely qualifies as a DUI in Virginia.

Any person who commits DUI in Virginia will face criminal punishment under Code of Virginia Section 18.2-270. In most situations, a first or second DUI is a Class 1 misdemeanor with the same statutory maximums described above.

DUI offenders will also lose their driving privileges under Code of Virginia Section 18.2-271. This section mandates a one-year suspension period for the first DUI offense; whereas, a second offense leads to a three-year revocation period.

If you need legal assistance with DUI or other criminal offenses in Virginia, it can be highly valuable to contact an established Virginia DUI defense attorney. The attorneys at Simms Showers LLP feature proven credentials in criminal defense, representing clients against charges for DUI and many other offenses. If you need legal help with criminal defense, contact us today for a free initial consultation.