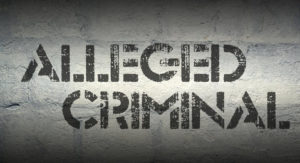 Statutes of limitations are the amount of time someone has to take legal action. In civil law, it is the amount of time that the plaintiff has to sue the defendant for damages. In criminal law, it is how long the prosecution has since the commission of the crime to prosecute. A skilled criminal defense attorney can use statute of limitations as one possible defense to a crime.

Purpose of Statute of Limitations

Statutes of limitations exist for many different reasons, but they are all centered around protecting the defendant. One reason for statutes of limitations is that evidence that may have been available to exonerate someone from the crime may have been lost or decayed. It puts the defendant in an unfair situation to rely on evidence that may not be available. Another reason for statutes of limitations is so that someone does not have to worry indefinitely about a wrong they committed. Especially with relatively minor crimes, there should be some point where someone can move on with his or her life. The third reason is that lawmakers feel that if someone has a cause of action against someone, the person should pursue it and not “sleep” on his or her rights. The same goes for the state and criminal prosecutions.

When Does the Clock Start Running?

When people talk about statutes of limitations, a common analogy is to think of a clock that starts when the crime was committed and stops when a person is charged. However, there are some events that will stop the clock, such as being in hiding or out of state. Statutes of limitations are not intended to protect people who are purposely avoiding prosecution.

Statutes of Limitation in Virginia