What are the Maximum Speed Limits in Virginia? 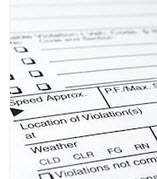 When a person operates a vehicle in excess of the maximum speed limits in Virginia, a speeding ticket can result in costly fines and even driver’s license suspension or revocation. As a result, it is vital for all drivers to adhere to the maximum speed limits on all Virginia roadways. That is sometimes easier said than done, however, as the speed limit can change based on a number of factors, including the class of vehicle or type of traffic zone.

On the other hand, there is a different speed limit for commercial trucks and other towing vehicles. The maximum speed limit is 45 miles per hour for such vehicles, including:

In specific traffic zones, Section 46.2-870 enables a vehicle to travel up to 60 or 70 miles per hour. These high-speed zones are designated through an analysis of traffic engineering studies and law enforcement data. Any high-speed traffic zone in Virginia will feature a lawfully posted sign displaying the maximum speed limit.

Drivers may drive at 60 miles per hour pursuant to lawfully posted signs on:

Drivers may drive at 70 miles per hour pursuant to lawfully posted signs on: