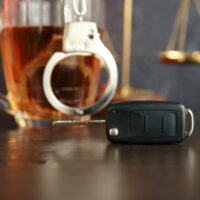 A Virginia woman recently pleaded guilty to driving under the influence (DUI) and involuntary manslaughter after causing a fatal accident in 2020, according to an article by WJHL.

This incident occurred on September 23, 2020, at approximately 8 p.m. in Wise County. The Virginia woman was driving drunk on U.S. Highway 23 and crashed into another passenger vehicle. As a result of the accident, the driver of the other vehicle died from their injuries.

Based on the facts of the case, local authorities charged the Virginia woman with DUI and aggravated involuntary manslaughter. Although this woman recently entered a guilty plea, a judge still needs to determine the appropriate sentence.

In the meantime, it seems like a suitable opportunity to review the Virginia statutes that criminalize DUI and regular and aggravated involuntary manslaughter.

The state laws against DUI appear at Code of Virginia Section 18.2-266. Under this section, it is unlawful to operate a motor vehicle while impaired by alcohol, drugs, or a combination of substances.

The state punishment for DUI appears at Code of Virginia Section 18.2-270. Under this section, DUI penalties vary based on numerous factors, such as the number of previous offenses or the driver’s blood-alcohol concentration (BAC).

That being said, DUI offenders in Virginia can typically expect to face the penalties detailed below:

Beyond the criminal penalties described above, DUI offenses are also subject to mandatory suspension of driving privileges under Code of Virginia Section 18.2-271. The timeline for this requirement fluctuates, as outlined below:

Any person who commits involuntary manslaughter is guilty of a Class 5 felony. The punishment can include imprisonment for one to 10 years, criminal fines, and permanent revocation of driving privileges.

Any person who commits aggravated involuntary manslaughter is guilty of an unspecified class of felony. The punishment can include imprisonment for one to 20 years, criminal fines, and permanent revocation of driving privileges.

If you have legal questions about DUI or involuntary manslaughter in Virginia, it is important to contact a Virginia DUI defense attorney. The attorneys at Simms Showers LLP are prepared to help you today.