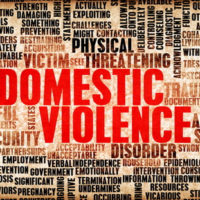 Referred to as the Pet and Women Safety (PAWS) Act, Senators Warner and Kaine are seeking to protect humans and pets from all types of abuse, physical and emotional. The senators point to recent studies on the domestic violence patterns, which indicate that abusers often target pets as well as people. Further compounding this issue, only three percent of domestic violence shelters allow pets to accompany their human companions.

In addition to the ASPCA, Senators Warner and Kaine secured support for the PAWS Act from numerous organizations, including:

In light of this proposed legislation from Senators Warner and Kaine, it seems like an appropriate time to review Virginia laws concerning domestic violence.

Family and Household Members in Virginia