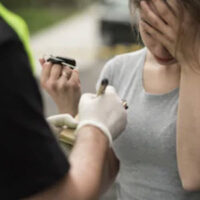 A 58-year-old man from Virginia faces drunk-driving charges for the ninth time, according to an article by the Richmond Times-Dispatch.

Law enforcement arrested this Virginia man on August 28th, in response to a car accident. Allegedly, the Virginia man was driving his wife’s vehicle while intoxicated and, in the process, crashed and totaled the vehicle. At the time, the Virginia man’s blood-alcohol concentration (BAC) was 0.23, almost triple the legal threshold.

As a result of this incident, the authorities charged the Virginia man with driving under the influence (DUI) and several other offenses. While this man awaits further developments in his legal case, it seems appropriate to review Virginia laws against and penalties for drunk driving.

The state laws against DUI appear under Code of Virginia Section 18.2-266. This section makes it unlawful to operate a motor vehicle while intoxicated or impaired by alcohol, drugs, or other substances. In terms of alcohol, specifically, the legal limit is a BAC of 0.08.

That being said, DUI charges can be appropriate anytime a person loses the ability to operate their vehicle in a safe fashion. This is referred to as impairment, legally, and it prohibits unreasonable driving conduct that may result in harm or injury.

The state penalties for DUI appear under Code of Virginia Section 18.2-270. Any person who commits DUI in Virginia the first or second time will typically face Class 1 misdemeanor charges. The penalties can change slightly, based on the circumstances of the offense, as explained below:

Any person who commits DUI in Virginia a third, fourth, or subsequent time will usually face Class 6 felony charges. The penalties do change based on the circumstances of the offense, as detailed below:

On a related note, any person who commits DUI in Virginia will lose their driving privileges under Code of Virginia Section 18.2-271. The applicable suspension or revocation timeline does fluctuate based on various factors.

If you have legal questions about Virginia charges for DUI or other criminal offenses, it can be thoroughly valuable to reach out to a knowledgeable Winchester drunk driving attorney. The attorneys at Simms Showers LLP feature multifaceted experience in the field of criminal defense, including DUI and other criminal offenses. If you need legal help with criminal defense, contact us today for a free initial consultation.