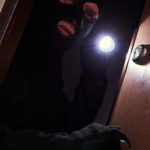 Is it a Crime to Wear a Mask in Virginia?

After dressing up as a comic book character and meandering on public streets, a Winchester man faces criminal charges for wearing a mask, as reported by the Winchester Police Department. Authorities responded to several reports of a man dressed as the “Joker” from the Batman comic series. Police officers arrested the 31-year-old perpetrator on… Read More »