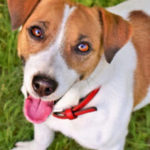 A woman in Stephens City, Virginia was charged with one count of animal cruelty after a video of her kicking three dogs went viral, according to The Northern Virginia Daily. The woman was shown kicking the dogs out of frustration, and only one of the three was her own pet. According to Frederick County… Read More »