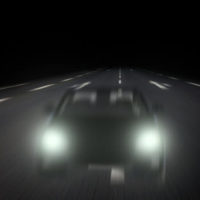 A 25-year-old Virginia woman faces criminal charges for DUI and DUI maiming after killing a man while driving against traffic, according to an article by WTOP.

This horrific car accident occurred on November 4, 2017, at approximately 2:07 a.m. At that time, the woman was driving drunk on the wrong side of I-264, heading westbound in the eastbound lane. The escapade ended when the woman crashed into a 29-year-old man.

First responders rushed the man to Sentara Virginia Beach General Hospital for urgent medical treatment. But medical staff was unable to save the man’s life. He died the next day as a result of his injuries from the crash.

Authorities arrested the 25-year-old woman. She was held without bond at the jail in Virginia Beach. In light of the man’s death, the Commonwealth’s attorney may decide to press additional charges beyond DUI and DUI maiming.

While this case plays out in court, it feels like a great time to review Virginia laws and penalties for DUI and DUI maiming.

What is the Virginia Definition of DUI?

Under Code of Virginia 18.2-266, it is unlawful to operate a motor vehicle while intoxicated in Virginia. Intoxication can come from alcohol, drugs, or a combination of the two. The legal limit is a blood-alcohol concentration (BAC) of 0.08.

What are the Penalties in Virginia for DUI?

For the first conviction of a DUI in Virginia, the penalties include fines of $250 and suspension of driving privileges for one year.

For the second conviction of a DUI in Virginia, the penalties include fines of $500, suspension of driving privileges for three years and, potentially, jail time of one year.

What is the Virginia Definition of DUI Maiming?

As detailed in Code of Virginia 18.2-51.4, DUI maiming in Virginia involves intoxicated driving that results in severe and permanent injury or death. The statute requires the intoxicated driver to act in such a way that demonstrates a reckless indifference to other people.

What are the Penalties in Virginia for DUI Maiming?

Do You Need Legal Help from an Accomplished Criminal Defense Lawyer?

If you are dealing with DUI, DUI maiming, or other criminal offenses, it can be crucial to retain the services of an accomplished criminal defense lawyer.

Simms Showers LLP has built an accomplished track record of success in matters of criminal defense, including DUI and DUI maiming. Contact us today for help.