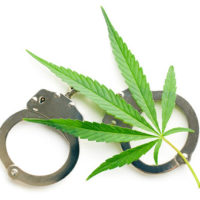 Responding to reports of a domestic disturbance, Williamsburg police discovered approximately 14 pounds of marijuana, according to an article by WTKR. As a result of this discovery, a man and woman were charged with drug crimes.

When police arrived at the house in question, they questioned the man and requested proof of identity. The man provided false identification, which police attempted to confirm. In the process, police found a suitcase full of marijuana and $10,000 in cash. Police also found other drugs in the man’s possession and a minor amount of marijuana in the woman’s possession.

To properly grasp the impact of this news story, we need to review Virginia laws concerning possession of marijuana and possession with intent to distribute marijuana.

How Does Virginia Address Marijuana Possession?

Code of Virginia section 18.2-248 makes it a crime to possess any amount of marijuana. There is an exception for medicinal use with a valid license. But on the whole, marijuana is an illegal drug in Virginia. The law of Virginia differentiates between possession of small and large amounts.

Do You Have Questions for a Skilled Criminal Defense Attorney?

Whether you are dealing with charges for drug possession, drug distribution or other crimes, the criminal justice system can a frightening place. There are many considerations at play, and your liberty may be at stake. Thankfully a skilled criminal defense attorney can help turn the tide in your favor, fighting tirelessly to protect your rights and freedoms.

If you have questions about criminal charges, please do not hesitate to contact Simms Showers, LLP to speak with our seasoned counsel, knowledgeable in a broad range of criminal cases. Follow up with Simms Showers LLP as soon as possible to start planning your defense. Headquartered in Leesburg, you can meet us easily in person. You can also call us at 703-771-4671or request a follow-up meeting by completing an online form.