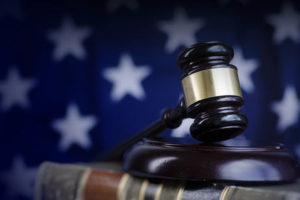 In 2000, the federal government passed the Trafficking Victims Protection Act (TVPA) which establishes human trafficking as a federal crime and includes provisions to help prevent human trafficking. The TVPA has been reauthorized several times since then including most recently in 2013, though another bill that adds protections to human trafficking victims was signed into law in 2015. Anyone that assists in human trafficking in any way can be fined a special fee of $5,000.

The penalties for the federal crime of human trafficking depends on the age of those trafficked and the circumstances, but can be up to life in prison with at least 10 or 15 years in prison if the victim is a minor.

Drug trafficking involves the transport of large quantities of illegal drugs, often across state lines. Even for a first offense, the penalty is five to 40 years in prison. If the crime results in death or serious bodily injury, then the penalty is at least 20 years in prison and a fine of up to $5 million for individuals.

Reach Out to Our Attorneys for Help Today

If you are charged with an interstate offense or other federal crime, you should have knowledgeable federal crimes defense attorneys on your side. Our experienced federal crimes attorneys at Simms Showers, LLP in Leesburg, Virginia, can help you to present the best defense against your charges.