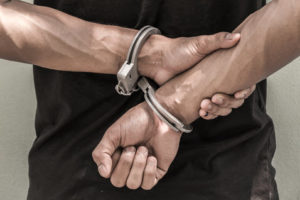 Most of the time when someone commits a crime it will be prosecuted by the state where the crime is committed, though this is not always the case. Some crimes are federal crimes, which mean that the federal government can prosecute them. On its face it may not make much of a difference, but the penalties for federal crimes tend to be harsher than the same crime under state law. Further, the federal government and the administrative agencies that are part of the federal government, such as the Federal Bureau of Investigation, the Drug Enforcement Agency, and other organizations, have more resources than most local police and prosecutors, so they are able to investigate crimes using sophisticated tools and other means that can help the federal government make a stronger case against a defendant. That is why if you are facing any charges that could become federal charges you should contact a skilled federal crimes attorney as soon as possible.

Drug crimes are the most common type of federal offense, with 31.8% of federal charges in 2015 being drug crimes. Almost 90% of those cases involved drug trafficking. Drug trafficking involves participating in the illicit drug trade through the manufacture, sale, or transport of illegal substances. There are both state laws and federal laws against drug crimes. Typically, a drug charge will be federal when the federal government is involved through an agency such as the Drug Enforcement Agency. Federal agencies may work in concert with local law enforcement to catch and prosecute people involved in the drug trade. Generally, the federal government tends to be more concerned with people who are selling and trafficking drugs than with simple possession of drugs, though about 10% of federal drug charges in 2015 were just simple possession charges.

If you are charged with a crime that may result in federal charges you should contact a knowledgeable federal crimes attorney as soon as possible to defend you against potentially harsh federal penalties. Our experienced federal crimes attorneys at Simms Showers, LLP in Leesburg, Virginia, can present a zealous defense on your behalf.