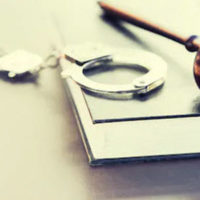 A Virginia truck driver faces charges for reckless driving and involuntary manslaughter after killing a firefighter in an automotive accident, according to an article by CBS affiliate WTKR.

A grand jury from Hanover, Virginia, just elected to file formal charges against the truck driver in April 2019. The incident in question dates back to October 11, 2018, in the middle of Tropical Storm Michael. On that day, Hanover firefighters responded to a separate automotive accident on Interstate 295 near Pole Green Road.

The force of the collision killed one 49-year-old firefighter who was standing outside the vehicle. Several other firefighters were injured as a result of this crash. In light of the severity of this offense, the grand jury determined that reckless driving and involuntary manslaughter charges were appropriate. After his arraignment, the courts will assign a trial date to the truck driver.

While this truck driver awaits the next steps in his legal case, it seems pertinent to review Virginia laws concerning reckless driving and involuntary manslaughter.

That being said, reckless driving can jump from a misdemeanor offense to a felony crime. If someone commits reckless driving on a suspended license and kills another person, it is a Class 6 felony. Under Virginia law, Class 6 felonies are often punishable by one to five years in prison and up to $2,500 in fines.

Code of Virginia Section 18.2-36.1 establishes the definition of involuntary manslaughter. This offense applies whenever a driver operates a vehicle under the influence of alcohol or drugs and kills another person.

Code of Virginia Section 18.2-36 provides that involuntary manslaughter is a Class 5 felony. Under Virginia law, Class 5 felonies are commonly punishable by one to 10 years in prison and up to $2,500 in fines.