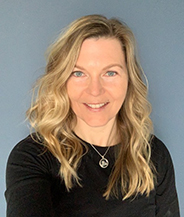 Gigi B. Lawless is of counsel and concentrates her practice primarily in the related areas of estate planning, wills and trusts and probate administration. She routinely assists clients design estate plans which not only leave a legacy to loved ones but also include strategies to maximize wealth, minimize taxes, plan for a client’s incapacity or disability, prepare for business succession and provide for the care of minor children.

Gigi Lawless is a former Deputy Commonwealth’s Attorney for Loudoun County, Virginia who oversaw the office’s child sex crimes and domestic violence divisions. She is a tenacious litigator who utilized her skills to fight for the most vulnerable of victims. In 2016, Ms. Lawless was presented with the prestigious Virginia S. Duvall Distinguished Juvenile and Domestic Relations District Court Prosecutor Award for being the top prosecutor in the Commonwealth of Virginia in those courts. During her tenure at the Commonwealth’s Attorney’s Office, Ms. Lawless served a dual role by also acting as the Director of the Loudoun County Victim Witness Program which provided outreach to victims of crime. As Director, Ms. Lawless supervised a staff, managed a budget, wrote grants, developed protocol and governed all aspects of that program.

Ms. Lawless is a member of the Virginia Bar Association, Trusts and Estates Section.